Helping others to grow leads to our own growth 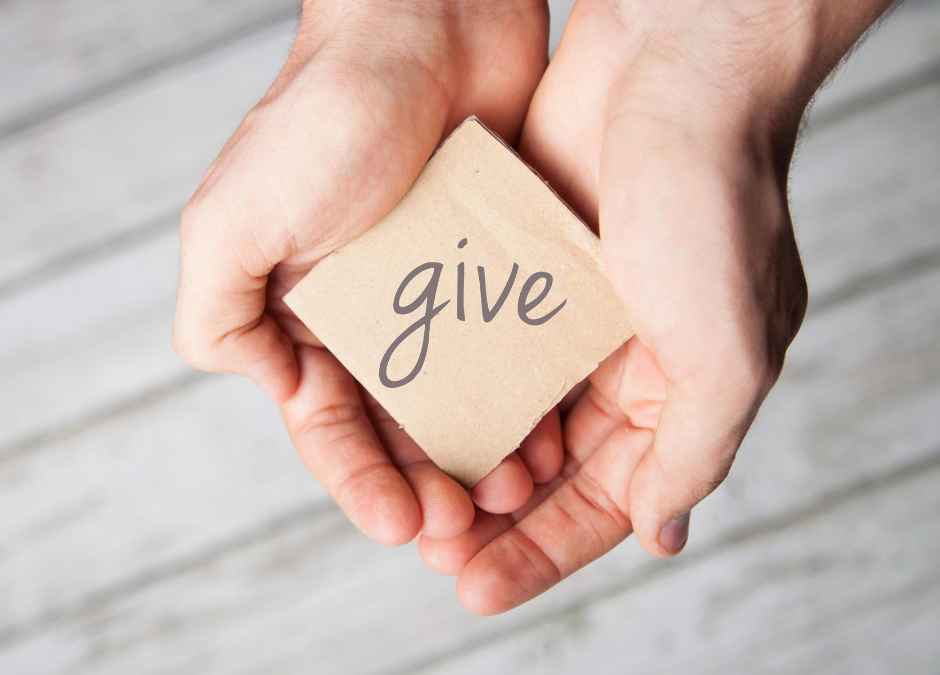 Giving is the act of freely parting with something and offering it to someone or something else who needs it, this could be a stranger, friend, family member, charity or the local and wider community. This can involve material giving such as money or gifts, or immaterial things like using our time, skills, knowledge and kindness to help others (Mind, 2016).

Research has found that by giving to others through acts of voluntary work has significantly predictive of better mental and physical health, life satisfaction, self-esteem, happiness, lower depressive symptoms and lower psychological distress (Yeung, Zhang and Kim, 2018).

Volunteering in the community has found to give people a sense of purpose and belonging and therefore increasing their life satisfaction and improving their mental health. The research found that these benefits were most significant for people who were older or who had lost their life-defining role such as being a ‘worker’ or ‘parent’ (Bradley, 1999).

“For it is in giving that we receive” – St. Francis of Assisi

A study found that MRI scans showed that altruistic behaviours activates the same brain system as when we receive a reward (Moll et al, 2006) suggesting that prosocial and helping behaviours may give humans a positive physical sensation which has been termed a ‘helpers high’ (Luks, 1988). Further research has found that altruism can significantly emotional wellbeing and reduce stress in the long term (Luks and Payne, 2001).

A 2012 YouGov poll found that 80% of participants agreed that being kind has had a positive influence in their own health, whilst 87% said that they felt good after they had done something for someone else.

Research has stated that human beings have a natural potential for altruism when they are functioning at a healthy capacity which promotes integrated states of physical, mental, social and spiritual well-being (Cloninger and Zohar, 2010).

Fredrickson (2011) found that the act of giving to others is contagious, it suggested that when an individual gives they experience good feelings as well as making the person who is given to more likely to act kindly and give to others which as a result promotes happiness and wellbeing.

Acts of giving can take up various forms, the NHS has suggested some ways to give in day to day life;

Some bigger ways to give back can include;

Action for happiness also outline 3 ways to start giving back to others and being kind to increase our wellbeing:

Any cookies that may not be particularly necessary for the website to function and is used specifically to collect user personal data via analytics, ads, other embedded contents are termed as non-necessary cookies. It is mandatory to procure user consent prior to running these cookies on your website.